Shark Tank is a highly-rated American TV reality show. It is a show about Entrepreneurs. Now the Indian version of Shark Tank airs on SET India. Here are all the details about Shark Tank India. Additionally, we examine how to watch Shark Tank India online for free without interruption of Advertisements.

What is Shark Tank?

This show is for Entrepreneurs. In this show, Entrepreneurs have the opportunity to pitch their ideas to a panel of investors, known as Sharks, who listen to their business plans.

Multi-millionaires are the judges of this show. After listening to your ideas, they decide if they want to invest their own money in your business or not. In return for investments, sharks acquire an equity stake in your company. They also mentor each contestant.

The host of this show is Ranvijay Singh, produced by Studio NEXT, presented by upGrad, and powered by Flipkart.

Where can I watch the Shark Tank India Show?

This show’s runtime is 1 hour on television, and on the app, each episode runtime is 45-50 minutes.

Additionally, this show is also available on MX player and Jio TV. But not without Ads.

The actual runtime without ads on television is 45-50 minutes. In the Sony Liv app without a subscription, you will see almost 20 Ads. This interruption will ruin my experience watching a show.

How to watch Shark Tank India Show without Ads?

But in this article, I will tell you how to watch this show without Ads and a SonyLiv subscription.

Follow the below steps to watch Shark Tank India:

You have to use this method for every episode. However, advertisements cannot be completely eliminated.

Pro Tip: You can manage DNS queries to block all the Ads. You can easily manage these queries if you have used this app for too long.

Using Blokada, you can block all the Ads in Sony Liv, MX Player, and Jio Tv.

You can also download Shark Tank India to watch this show without ads.

Also Read: How to Block SonyLiv Ads with Blokada?

Shark Tank India is the first Indian business reality show. Sharks receive a salary as cast stars of the show, but they are responsible for investing their own money in a company.

That’s all there is to know about it.

What is Shark Tank India?

Shark Tank India is a show for Entrepreneurs. In this show, Entrepreneurs present their ideas to a group of investors called Sharks.

What is an Equity Stake?

Investors own a stake in equity by holding a certain percentage of a company’s shares.

Yes, Shark Tank India is available to watch for free on Son Liv. However, there are a lot of ads. SonyLiv users can use the Blokada application to block ads.

Get the best viral stories straight into your inbox! 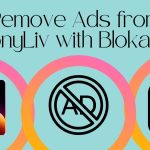 Back to Top
Close

Hey Friend!
Before You Go…

Get the best viral stories straight into your inbox before everyone else!

Get the best viral stories straight into your inbox!